The Elegance of the Hedgehog - A Review 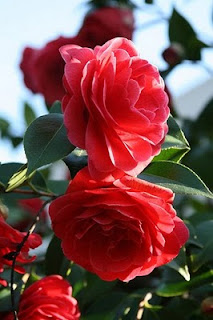 I read this book with my computer at the ready. Like Umberto Eco's work, it is necessary to complete the context of Barbery's book. Ideas, place names, artists, shops, and pastries were all new, and I felt the necessity to fully explore the references. What drives this work is not only the plot, which is intricate and compelling, but the entire context of the plot. The context is not only the places in which the action (which is largely intellectual) happens, but also the philosophical and esthetic environment which occupies or is occupied by the two main characters. Taking the time with each of these individuals, and especially for me, Reneé, served to fill in the many gaps that I have of French artistic and intellectual life. It surprised me that so much had left me by during my liberal arts education. On that level alone, the book was worth it.
The story itself is one of hope and discovery. At times I wondered if the two characters weren't really two manifestations of one personality - each reflecting a different time and history. They operate in sort of a prose xiasmus, each reflecting aspects of the other, including fate.  I found the older woman more attractive and compelling. The younger one had not yet lived enough life - but certainly had the capacity to do so. It gave me pause to think my own development as an individual ensconced in intellectual and esthetic history. It's not so much what I want to know, as it is what do I want to be?  The philosophical references, especially the German phenomenologist speak to this in the book, and the ghost of Sartre looms over it large.

Some in my book club commented that the characters were "over the top" and "unbelievable."  As they said this I wondered if this is not so much a French book as it is a piece of Japanese manga, albeit without all the drawing.  The two characters, and indeed the catalyst Kakuro, are all a bit larger than life, and printed in bold colors.  This is not a novel of characters so much as it is an interaction of symbols, types, and metaphors - a different type of literary aesthetic.  As such it serves to tell a story, but even more so to launch the reader into other modes of being and knowing.  To have read it only for the plot points and story line would have been a huge mistake.