A sermon for Saint Luke's Day 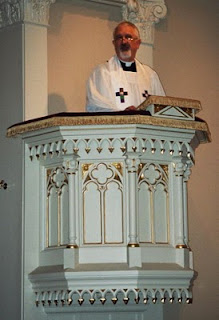 A Journey and a Pause (Two New Books) 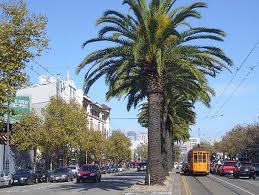 Serendipity is such a delightful, and this blog may reveal me to be something of a creature of habit, or of a certain addiction.  Twice within the past two weeks, I have parked my car on 14th with the intention of having lunch at Blue (wonderful Mac and Cheese, Tuna Noodle Casserole, and Sloppy Joes - really!).  The first instance, I realized I needed something to read.  So I walked down to Books, Inc. and there ran into José Saramago's The Elephant's Journey.  I'd just seen the review in The Times, and was intrigued and bought it. 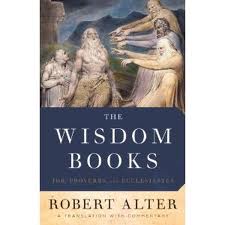 This afternoon, after finishing some work at Trinity, I decided to go and have lunch at Blue again, only this time I had Saramago under my arm, ready to read (along with a wonderful Chicken Pot Pie).  When lunch was finished, I turned the wrong direction as was soon standing in front of Books, Inc.  What to do?  My genes were clearly sending me a message.  I was looking for a new biography of Diaghilev (also just reviewed in The Times) but they didn't have it.  As my eye traced the non-fiction section they were suddenly drawn by a Blake drawing, Job with his wife and accusers, then the title "The Wisdom Books", and finally, the magic author, Robert Alter.  Had to have it. 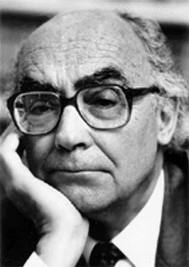 But let's walk with the Elephant a bit.  Saramago is a magnificent story-teller, and his punctuation, capitalization, and dialogue happily mix things up to make it all seem like real life.  The narrator is decidedly twenty-first century, and the characters and story are just as happily sixteenth century.  Ostensibly this is about a gift of an elephant given by the King of Portugal to a Habsburg relative.  We travel with the elephant, his handler, Subhro, an oxcart and a contingent of cavalry along with officers.  It does not take the author long to launch into his jabs at religion.  Particularly entertaining is a section in which the mahout (elephant handler) relates the myths surrounding the god Ganesh, and mixing into it some competing theology about the virgin birth - all done with a sixteenth century frame of mind.  This is an aspect of Saramago's writing that I find quite compelling.  It was all quite straight-forward in The Gospel According to Jesus Christ, but it is more oblique in his other writings.  The delight for me is that of the story itself, and then the unpacking of the Christian myth that he proposes from time to time.  Be certain, Christianity is not the only recipient of his barbs, others are targeted as well.  For the person of faith, this is good grist to be milled very fine, and used in the bread of discernment and prayer.  I will happily continue on with this motley crew as they proceed to Vienna and spar with whatever cultural and spiritual anomalies will appear along the way. 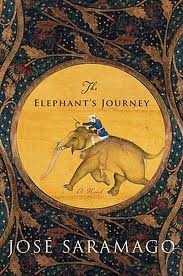 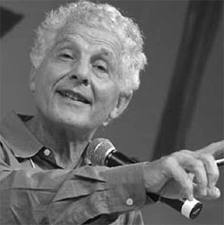 Which brings us to Alter.  I regularly use his The Book of Psalms (a translation and a commentary), and have done some readings in The Five Books of Moses (another translation and commentary on the Pentateuch).  I am desperately seeking his The David Story (again a translation and commentary).  If you are a wannabe Biblical Scholar and turn to the "also by Robert Alter" you will drool with such titles as, Canon and Creativity - Modern Writing and the Authority of Scripture, or Pen of Iron: American Prose and the King James Bible, The Invention of Hebrew Prose.  See what I mean?
I haven't read enough of him to really say this, but I'm going to say it any way because it is the reason that I find his work so refreshing - this man really doesn't have an axe to grind.  Or, at least, he doesn't the same or usual axes to grind.  He quite handily revels in the language and in the literature and makes it all alive and fresh.  The twist in this particular volume will be the deviation from a literature born, bred, and largely raised in the Hebrew psyche.  With this volume of wisdom literature, we will be able to perceive not only this particular people's literary heritage and expression, but that of their cultural and virtual neighbors as well.  Wisdom literature was a common parlance in the fertile crescent, and as such it reflects more than one cultural, or mythological point of view.  I think I'll start with Qohelet (Ecclesiastes) to see how the usual sense of cynicism is translated or not.  Then some dabbling in the Proverbs, and finally a full dive into Job - which will take some time.  But all of this will be worth it, for this is the literature (the wisdom books) and work (Alter's translation and notes) that makes for spiritual growth, questions, and ultimately faith.
I'll report back...
Posted by Michael T. Hiller at 5:33 PM 1 comment: