Everything's beautiful at the ballet - especially the past!

We just got back from the Ballet - an evening of George Balanchine - and it was lovely.  I was looking forward to it, because I genuinely like Balanchine.  It evokes something in me, that I really couldn't give expression to.  This evening, I sort of figured it out. 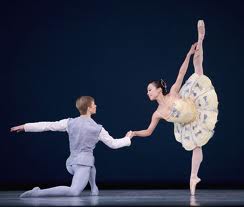 The first ballet was danced to Mozart's Divertimento No. 15, and it was all bows and doublets - very pretty.  The guy sitting next to me, attending his first ballet, saw through it however.  "So athletic!" he said to me.  He was impressed.  I didn't realize it, but the evening was going to work back in time, with this ballet being choreographed in 1956.  The style of the ballets were going to do the opposite, showing the development of a more angular and spare form.  This was Balanchine's classicism, however, and exhibited the basics from which he would draw the line and movement that accentuated his later work.  Beautiful and pretty, I was looking forward to something else, however.

The next ballet was the Scotch Symphony by Mendelssohn.  It reminded me of Simon Callow's line in Four Weddings and a Funeral, "It's Brigadoon!" And indeed it was, with laced bodices, at least four or five tartans, and all the classical Scottish moves.  Choreographed in 1952, it again exhibited the classic vocabulary that Balanchine was to use, this time flavored with a bit of haggis.  Appearing to be a story ballet, with a set to match, it was difficult to figure out who the characters were.  It was really all about the dancing, however.  The characters were just vehicles for style and convention.  What was clear, however, was the dancing's absolute connection to the music.  Each nuance, and each development of the music was expressed in the choreography.

Finally, we arrived at The Four Temperaments, set to Paul Hindemith's The Four Temperaments: Theme with Four Variations for String Orchestra and Piano.  This is the Balanchine that I know and love, and I think that this is my favorite of all ballets.  What I find so beautiful in this ballet is its strict angularity and power.  There is a moment in the first variation that defines this ballet for me.  A quartet of women enter 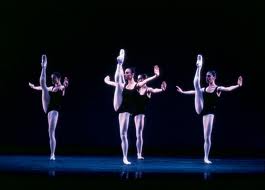 on a diagonal from the upper corner of stage left, approaching dancers that have just finished several passages.  There is a full extension of the right leg that is brought down and then a pelvic thrust.  It is very powerful, and is repeated as a theme in each of the variations.  It is this movement along with hand gestures that are somewhat Egyptian in flavor that give the punch of this ballet as far as I am concerned. 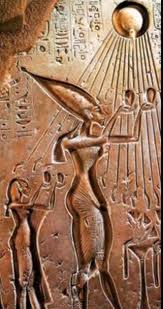 For all of its movement, and sometimes lithe gestures, it is strident and modern in its approach.  When I thought about writing down my thoughts about this ballet I imagined that it had been choreographed in the sixties, but it was not.  It was first performed in 1946!  In comparison to the other two, it seemed so much beyond them. 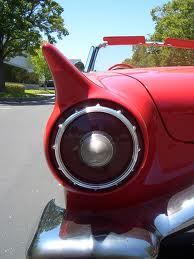 Sometime in late 1956, walking home from Immanuel Lutheran School, in Albuquerque, New Mexico, I saw a new 1957 Ford.  It was for me the quintessence of the future (along with the GM Technical Center, Noguchi furniture, and a Philco television).  I thought that the future was going to be wonderful and full of hope.  Little did I know that there would be a Vietnam war, and that every social institution that I was connected with (the church, ministry, Christianity, heterosexuality, and being a male) would all soon be sinking ships.  This modernism stuck with me.  I liked modern churches and buildings.  I thought that futurism was progress - and still do.  The retrograde nature of our times is disturbing to me.  This ballet with all of its straightforward character and lines spoke to me again of my 1957 hopes and joy in the future.  It was good to reconnect! 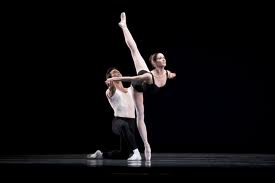